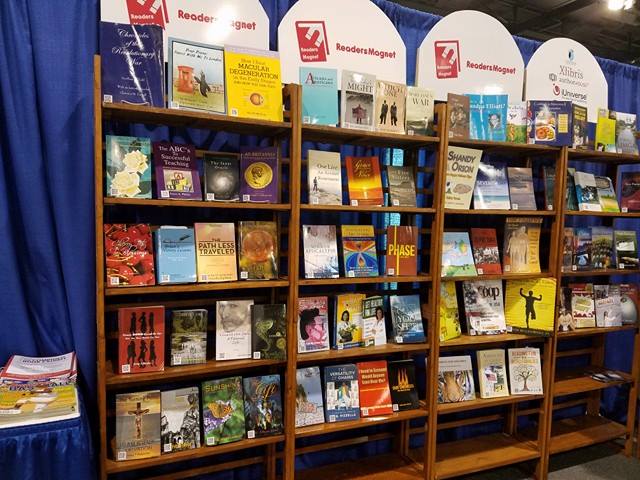 To help school librarians and educators provide the best resources for their students, ReadersMagnet took part as an exhibitor in the recently concluded American Association of School Librarians (AASL) 18th National Conference & Exhibition, which took place last November 9-11, 2017 at the Phoenix Convention Center in Phoenix, Arizona.

The independent book marketing and supported self-publishing house displayed on its exhibition stand more than 50 books that cover a wide range of topics and genres. Among the books displayed was a memoir by an Afghan educator Abdul Qayum Safi titled One Life: An Afghan Remembers, which details his youth in his native country and his pursuit for better educational opportunities in America and the Middle East. Other noteworthy works were a compendium of events that comprise the American War of Independence titled Chronicles of the Revolutionary War by historian Geoffrey A. Todd and a personal account of a psychiatrist who lost her military husband to suicide titled The Widow’s Might: A Legacy of Love and Hope Rising by Maria Jasinskas.

ReadersMagnet also managed to bring a couple of authors for separate autographing sessions. Safi and Gerald Schaefer (author of Women: DOWN through the Ages: How Lies Have Shaped Our Lives) attended the event on November 10. Jasinskas and Carolyn Linn (author of Loving a Beautiful Mind) appeared on November 11.

The AASL17, which theme was “Beyond the Horizon”, attracted thousands of school librarians, educators, district and state level administrators from all over the country to discuss various topics, update standards, revise standards, gain new insights, and promote camaraderie. The 2017 edition of the biannual event was intended to launch a revision of their national School Library Standards (NSLS).

ReadersMagnet looks forward to attending the 2019 edition of the AASL national conference and exhibition, which will take place in Louisville, Kentucky.

Want ReadersMagnet to pitch your book at the AASL19? Get in touch with one of our marketing specialists today. Call 1 (800) 805 0762 or email us at info@readersmagnet.com