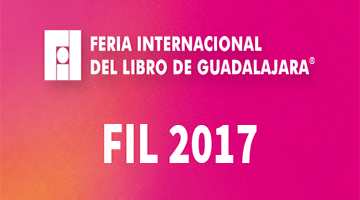 It is book fair time once again in Guadalajara, Mexico and ReadersMagnet will join authors, bookworms, and other publishing houses in embracing the written word at the upcoming Guadalajara International Book Fair, which will open on November 25 through December 3 at the city’s Expo Guadalajara.

The Guadalajara International Book Fair, better known in Spanish as Feria Internacional del Libro de Guadalajara (FIL), is the most important publishing event in Ibero-America and one of the most important cultural events and book fairs in Latin America. The FIL was established 30 years ago by the University of Guadalajara to bring authors and publishers from different continents and languages. The nine-day book fair also serves as a cultural festival of sorts where attendees witness the various literary and cultural presentations of the guest country. The guest of honor country for this year’s FIL is the city of Madrid, Spain.

ReadersMagnet will put up an exhibit to display books of various genres. Among the books expected to be displayed at the exhibit are:

These are just some of the great books bookworms will find at ReadersMagnet’s exhibit.

The book marketing and supported self-publishing house hopes to make an impact at the Guadalajara International Book Fair and gain valuable insight into the industry.

Want ReadersMagnet to pitch your book in next year’s edition of the Guadalajara International Book Fair or any upcoming book fair? Don’t hesitate to talk with our marketing specialists. Email us at info@readersmagnet.com or call 1 (800) 805 0762.