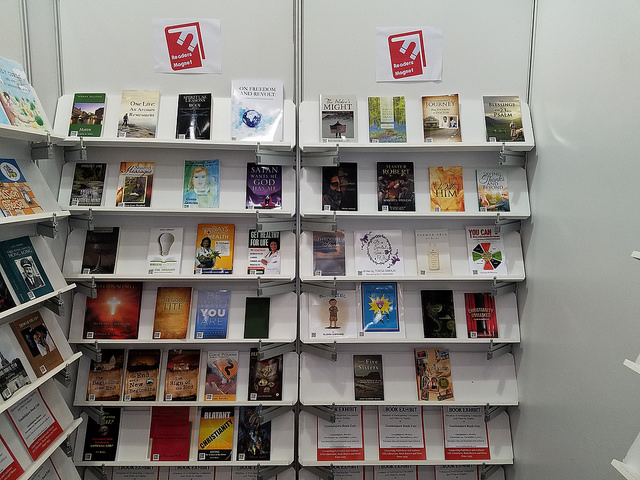 The independent book marketing and self-publishing house is thrilled to have taken part as an exhibitor at the recently concluded Guadalajara International Book Fair, popularly known as Feria Internacional del Libro de Guadalajara (FIL). The event took place from November 30 to December 3 at the Expo Guadalajara in Guadalajara, Mexico.

Just like the other international book fairs that ReadersMagnet have participated this year, the FIL 2017 was a truly global spectacle. Diversity was showcased throughout the nine-day event. In its 31st year, the biggest book fair in the Spanish-speaking world welcomed more than 700 guest writers from 40 countries and representing 29 languages, plus 2,000 publishers and 20,000 book professionals. Over 800,000 visitors converged at the Expo Guadalajara for the book presentations, panel discussions, seminars and workshops, cultural presentations, and above all, book exhibits. 400,000 titles were exhibited, including tens of thousands of Spanish language novels and books.

This is ReadersMagnet’s first participation in the FIL and their very first exposure to the growing Latin American book market.

What to Expect from ReadersMagnet in FIL 2018?

The company will participate again in next year’s edition of the FIL, which organizers look forward to diversifying to other markets and welcome more and more participants not only from Latin America but also the US, Canada, Europe, and Asia. In recent years, the FIL has seen a gradual increase of attendees, activities, and above all, participating publishers and literary agencies.

By the time FIL 2018 commences, ReadersMagnet will have more than enough titles to exhibit at the book fair, including titles published under its publishing arm.

ReadersMagnet realized how vibrant the Latin American book market is and what an important event the FIL is to the Spanish-speaking world. In fact, Latin America and Spain were two of the top five publishing markets to explore by international logistics firm WTA; and FIL was featured in International Publishers Association (IPA)’s Global Book Fair Report 2017.

Expect ReadersMagnet and its exciting and diverse titles at FIL 2018.

Want ReadersMagnet to pitch your book in the 2018 edition of the Guadalajara International Book Fair? Talk with a marketing specialist today. Call 1 (800) 805 0762 or email us at info@readersmagnet.com